Toronto is a great place to live and visit. We are one of the larger cities in North America with about 5 million people living in the Greater Toronto Area. We're across the water (Lake Ontario) from Buffalo N.Y. There's always a few cool things happening here and I wanted to share some info about our Canadian City. 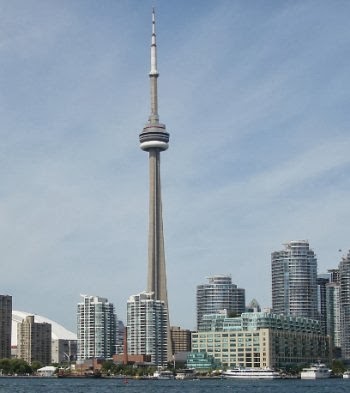 CN Tower
To the left is the CN Tower. It's one of the tallest freestanding structures in the world. This is one of the major landmarks of Toronto. I see this from my home and has nice lighting in the summer evenings. Good place the take the kids and visit.

The Rogers Center
It used to be called the Sky Dome but not anymore. The roof retracts and was considered quite an engineering feat. Home of the Toronto Blue Jays and the Argos (Our Canadian football team). This is parked right next to the CN Tower 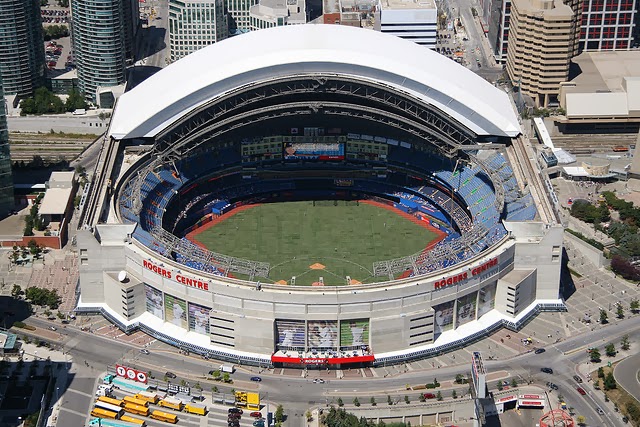 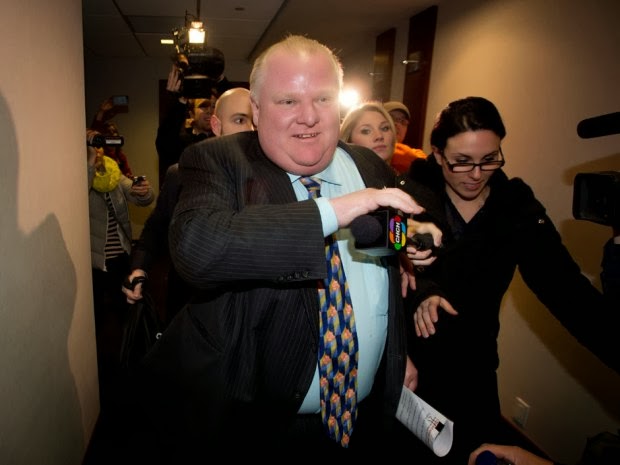 Our Mayor, Rob Ford.
Robbie has been a bit naughty lately and has brought much attention to Toronto.

This photo was taken a few days ago and shows the Mayor crashing a high end dinner party. Well, he was invited, then uninvited, then went anyways. 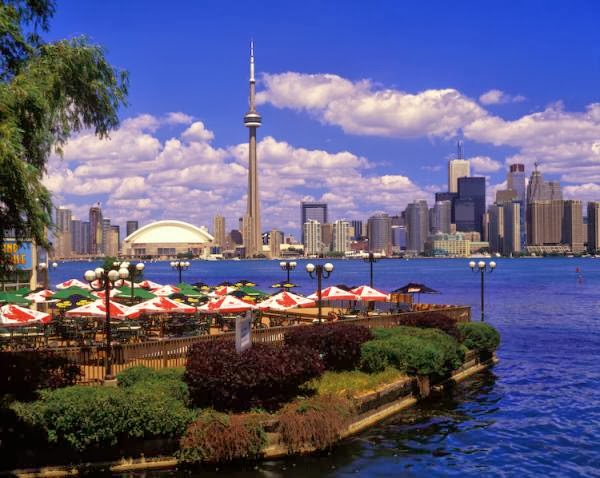 Toronto Island. With a nice view of the city and the only way to get there is by ferry.

Cyclists enjoy it here as it's car free and during school days its quiet and clean. We go every year.

Toronto is a very diverse city. We have the highest immigrant population in Canada so the city has people from all backgrounds and walks of life.

Next Time...The Bieber gets arrested in Toronto!

Email ThisBlogThis!Share to TwitterShare to FacebookShare to Pinterest
Labels: Toronto