Living in Toronto means using transit. It's called TTC here. We are one of the 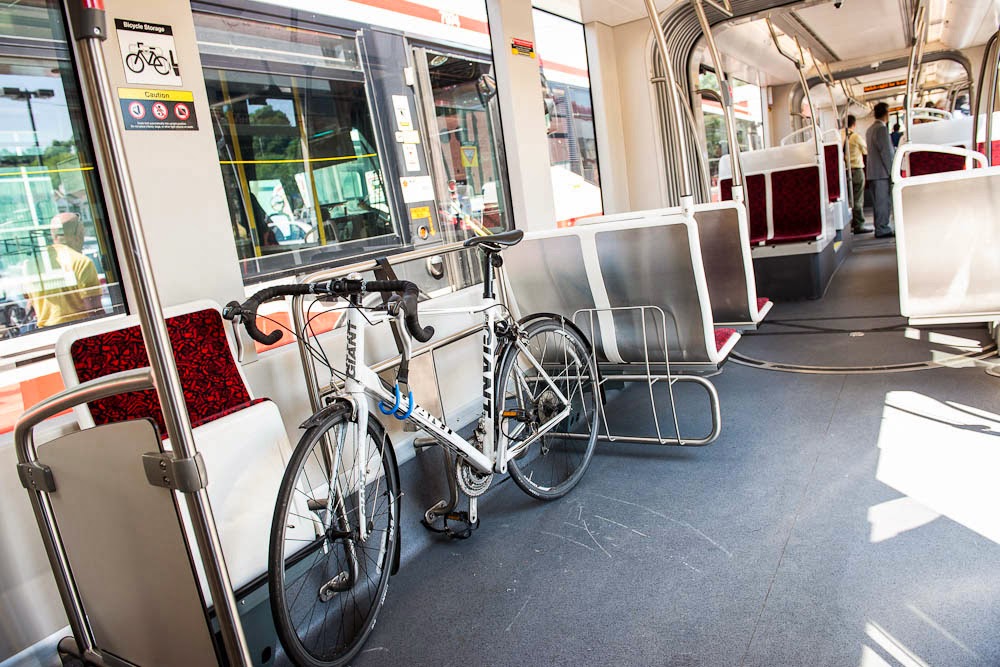 few cities left that have streetcars. San Francisco still has a system and runs off a cable in the ground, many have seen these on the rice-a-roni commercials. Most cities got rid of their trolly systems  around WWII and went to the way of autos. We hung on though and have many rail systems in the city. Now we are getting updated cars complete with bike racks. 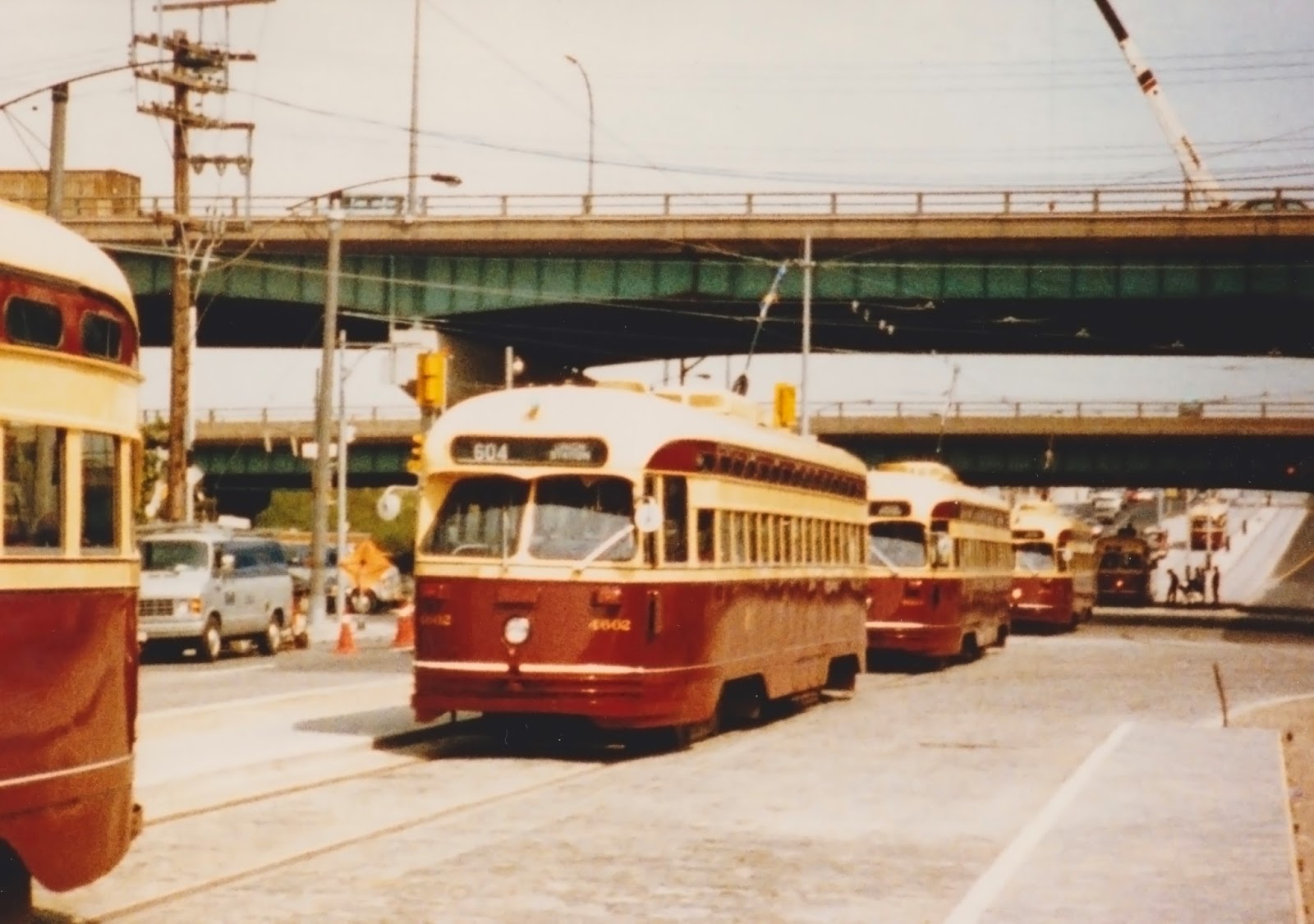 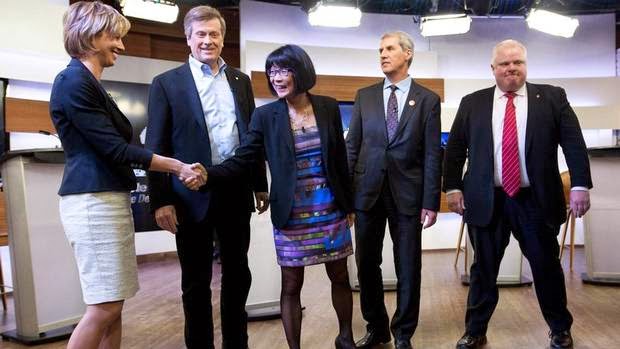 The other day I saw one of these old timers on the street. There is quite a lot of political debate with our transit system and where money should go.     Rob Ford is now running for re-election and the debates have been televised. Robbie is actually good at the debates and is holding on well. I think this is being televised in the USA and other parts of Canada but am not sure. Here is a photo of the main candidates. Notice that Rob looks like he's ready to get into a fight, He calls it a War. The lady in the middle is Olivia Chow, She's one of the other main contenders in the Mayoral Race.
We went to Washington D.C. for a few days and any time we mentioned we were from Toronto people asked about the Mayor with smiles. BTW: D.C. is a great place to visit, the city has really cleaned up and most exhibits are free. Very friendly people and a great place to bring the kids. I'll post photos later. 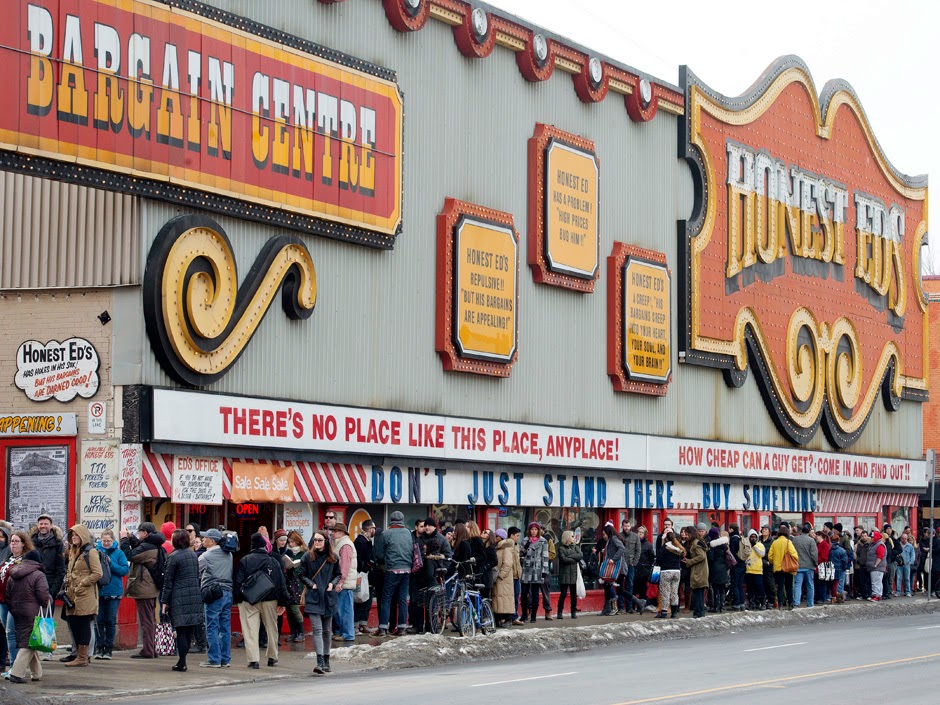 Most Torontonians have gone shopping at Honest Ed's. This is a really quirky store with the oddest slogans. "Come in and get Lost", "Only the floors are crooked" "Don't just stand there....Buy something".  It's become a landmark and a tourist attraction here. Good deals on things too! This is one of the largest and oldest lit signs in the world. The photo shows one side only and at night it's like a casino (When most bulbs are working).
Posted by Unknown at 11:15 PM